There are quite a few popular varieties of Kalanchoe, most of which are obviously succulents, but Kalanchoe beharensis, or felt plant, is different, which is why it is one of my favorites. Its large stiff triangular leaves have deeply ruffled edges and are covered in a soft fuzz, which almost disguises the fact that it is a succulent at all. I also love the sage green color of the leaf, which is covered in hairs that either lend it both a silvery and rust color, depending on the age of the leaf. All of this makes it hard to walk by one without reaching out to touch it.

Felt plants are very easy to grow as a houseplant or outdoors in warm dry climates where temperatures stay above freezing year-round (zones 9-11). They may get as tall as 12 feet in ideal conditions, but typically only grow to about half this height. A south-facing window is ideal if grown as a houseplant. Outdoors, full to part sun is okay, but some afternoon shade is preferred if temperatures get very hot. They are very tolerant of drought and should only be watered after the soil dries out completely.

Felt plants originated in southern Madagascar, but the origin of the name Kalanchoe is less clear. One theory is that it is derived phonetically from the Chinese words ‘kalan chuahuy,’ which means “that which falls and grows” and makes sense since it reproduces easily from fallen leaves or plantlets. The other theory is that the word Kalanchoe comes from the Indian words ‘kalanka, which means “rust”, and ‘chaya,’ which means “glossy” (there is another variety, K.laciniata, with reddish glossy leaves). The species name beharensis simply refers to the fact that the plant was originally identified in Behara, Madagascar.

Reproducing felt plants is very easy, in fact mine came from a leaf cutting from a friend. Some varieties produce little plantlets which will root when simply placed in contact with soil. Leaf cuttings will quickly root when inserted into or pinned onto dry soil. 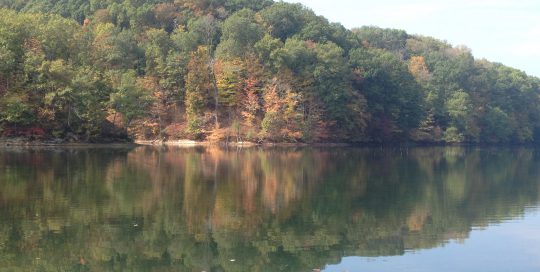